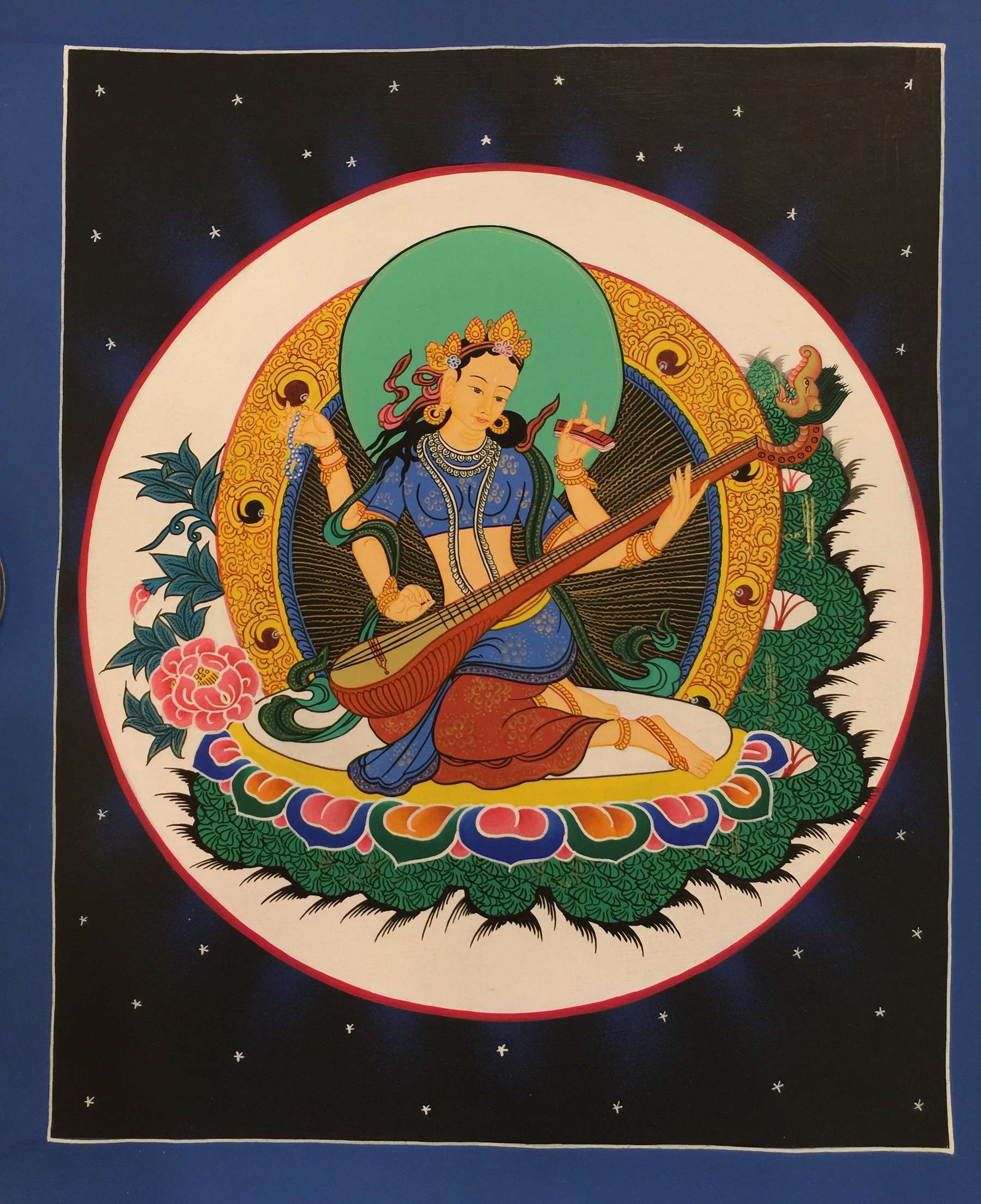 Saraswati thangka is hand-painted on Cotton Canvas in Kathmandu, Nepal. Saraswati is the goddess of knowledge, music, arts, science, and technology.

Saraswati thangka is hand-painted in Cotton Canvas in Kathmandu, Nepal. Saraswati is the goddess of knowledge, music, arts, science, and technology. She is the consort of Brahma, also revered as His Shakti.

Saraswati is presented at the center of the thangka. The name Saraswati came from “Saras” (meaning “flow”) and “Wati” (meaning “a woman”). So, Saraswati is a symbol of knowledge; its flow (or growth) is like a river and knowledge is supremely alluring, like a beautiful woman.

She is depicted as a beautiful fair Goddess with Four arms, wearing a spotless white saree and seated on a white lotus. She is also known as “Sharada”, “Vani” and “Vagdevi” (both meaning “speech”). The goddess Saraswati is often depicted as a beautiful woman dressed in pure white often seated on a white lotus, which symbolizes that she is founded in the experience of the Absolute Truth. Thus, she not only has the knowledge but also the experience of the Highest Reality.

She is generally shown to have four arms, which represent the four aspects of human personality in learning: mind, intellect, alertness, and ego. Alternatively, these four arms also represent the 4 Vedas, the primary sacred books for Hindus.