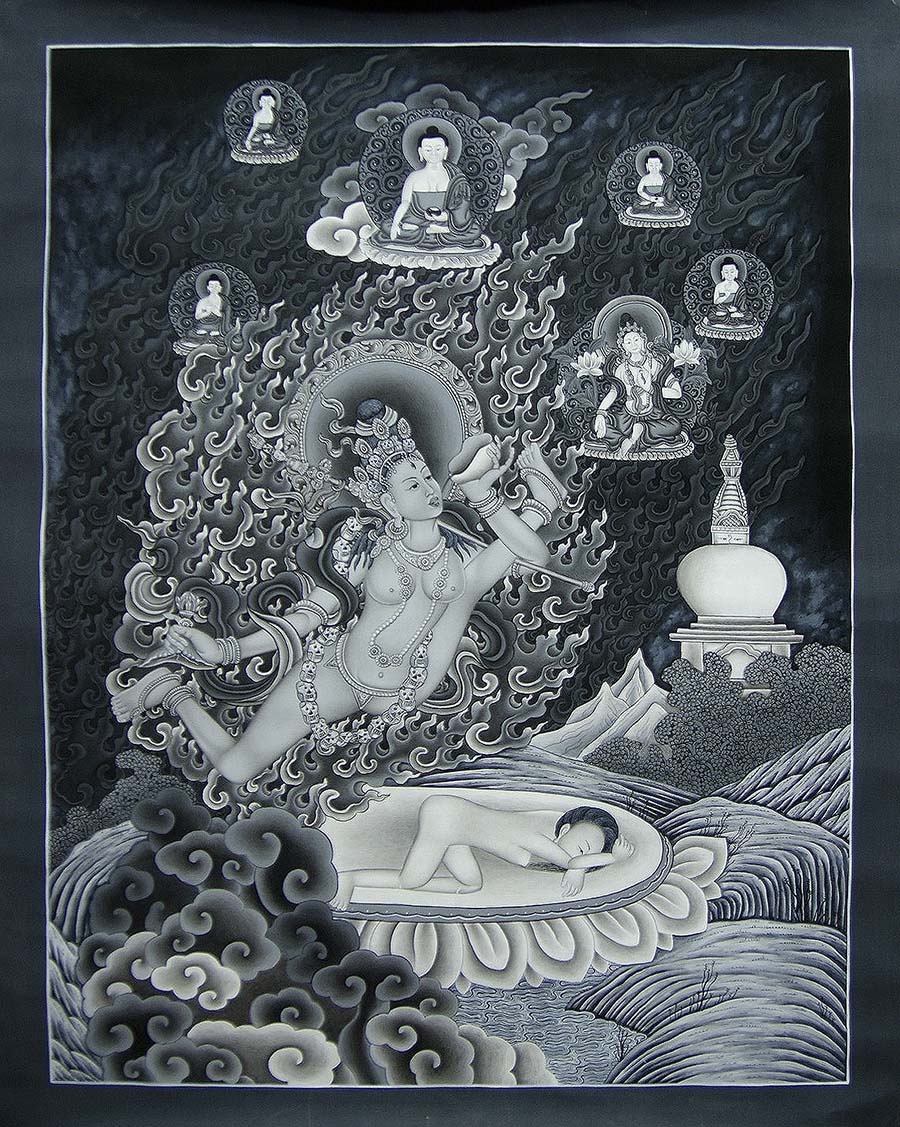 Vidhyadhari thangka is handpainted by Mandala artists in Kathmandu Nepal. It is handpainted in cotton canvas with natural colors. Vidyadhari, the ‘Knowledge Holder’, manifests as one of the four principal aspects of Vajrayogini in the Newar Buddhist tradition where she is commonly known as Bijeshwori Devi, or Akash-yogini, the Sky (Skt. akasha) or Space-going aspect of the goddess Vajrayogini.

Vidhyadhari is depicted at the center of the thanka. The Bijeshwori temple in Kathmandu is situated above the western bank of the Bishnumati River on the road to Swayambhu, and its Newar name is derived from Vidhyeshvari, meaning the Wisdom Goddess’. The presiding goddess of this temple is specifically associated with the Indian Mahasiddha Maitripa, who practiced and attained the realization of this flying aspect of Vajrayogini at this site, so she is also known as Maitri-Dakini, or Maitri-khesari.